Round six of the 2022 championship took place on the 7th and 8th of August at the ECCO Arena at the South Tees Motorsports Park. Racing was fast and unrelenting with nonstop action all weekend.

Let’s get to the racing.

Round six saw round the return of the Hooligans, and on this 271 metre banked speedway track racing was spectacular from the start. The fight for podium spots was a weekend long battle between #93 Jack Bell on the Devitt Vanoni Ducati SCR1100, #38 George Pickering on the Indian FRT1200 and #37 Leah Tokelove on the Indian FTR1200. Bell finished with an impressive First place on the podium with Pickering in second place, while final podium spot was won by Tokelove after Pickering and Tokelove saw second and third places switch between them throughout the heats.

The Pro Class was very much action packed from heat one with three visiting Pro riders from Spain as well as our UK usual suspects. The timed practice and qualifying was really tight with the five top riders well matched. Spanish guest rider #68x Eric Reverte managed a strong second place in his first heat on UK soil behind title favourite Gary Birtwistle, with Spanish guest rider #14 Marc Seta close behind him for 3rd place. #30 Alan Birtwistle manged a heat win ahead of #215 Ferran Sastre in heat two with #93 Jack Bell and #171 Conrad little closing out the qualifying from the first three heats, Ferran and Gary both managed Semi-final wins. The Final was an action packed fifteen lap race which was stopped and re-stared with a line out due to a fall from #14 Marc Seta. It was #11 Gary Birtwistle who was leading when the red flags came out, he managed to restart at the front of the pack opening up a convincing lead on second place Ferran and his brother Alan for third. Congratulations go to Gary who has won the Pro Championship already, with one round to go. 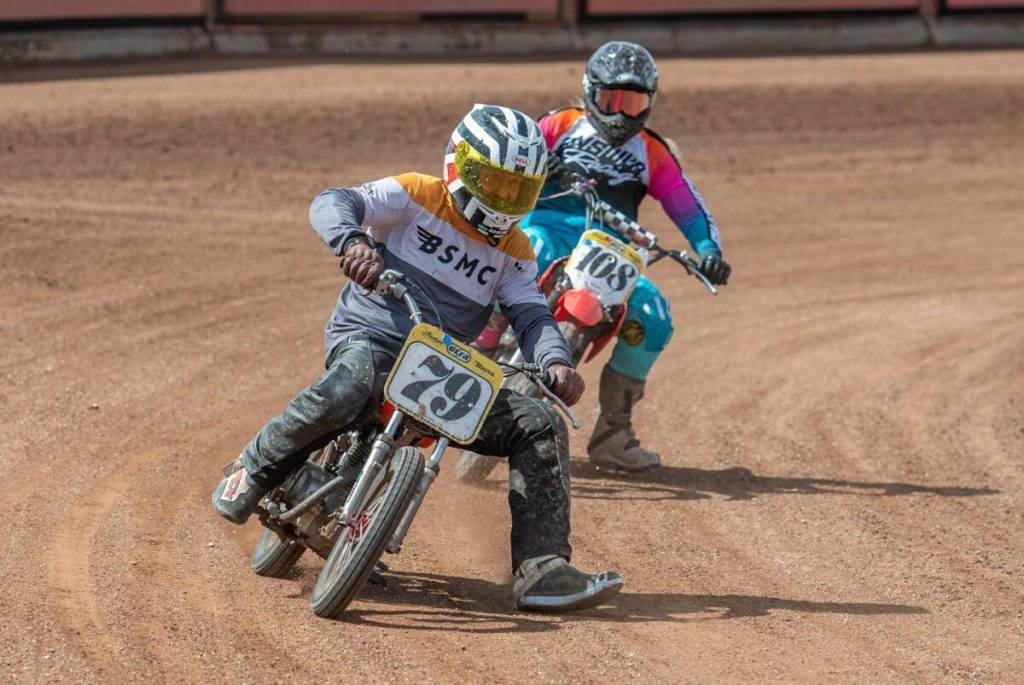 In the Inters Class racing was dominated by #11x Charlie Kelly with the fastest lap time in the inters class all day. Second place was taken by #217 Steven Gurnhill who put the work in from first qualifying race and an impressive third place went to #585 Danny Williams who has just joined the Inters Class from the Rookies.

With our Rookie Class going from strength to strength, racing was great to watch. First place went to #82 Luke Potter who won all but one of his heats then took the final, second place was taken by #86 Sam Shook and third place to #911 Johnathan James. Also to note was #89 Natalie Sharp who got her first heat win with a very impressive holeshot earning her DTRA rider of the day.

The season continues with our grand finale at Greenfield Dirt Track, Lincolnshire for Round Seven on the 17th and 18th of September. Look out for our special announcements for that round. 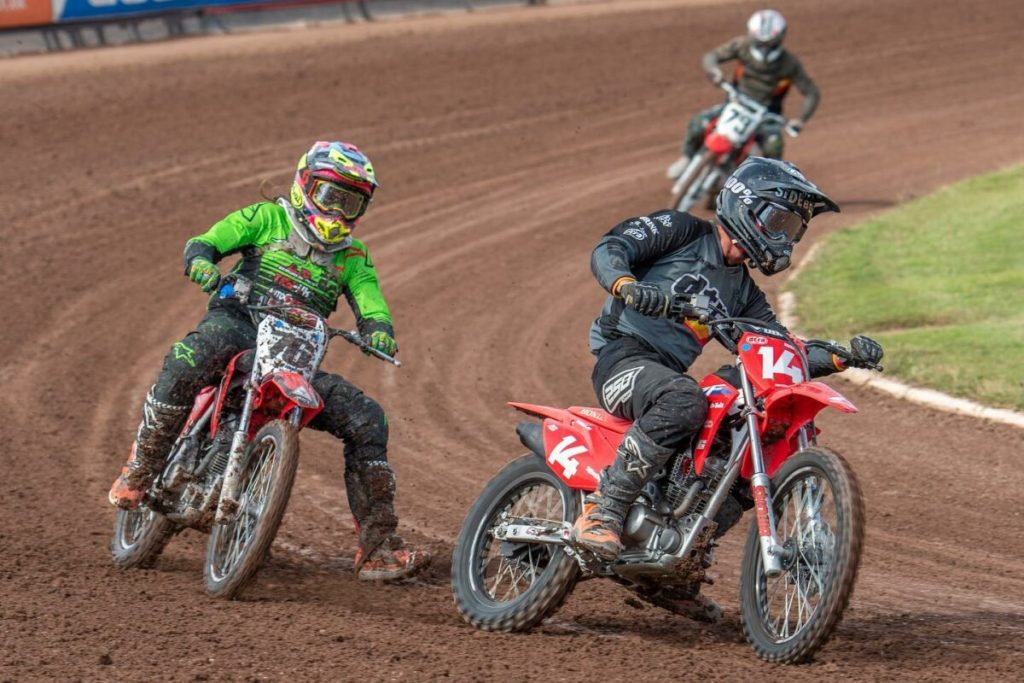