The Dirt Track Riders Association celebrated their 2021 season with their Presentation evening at Krazy Horse, Bury St Edmunds on Saturday.

Massive thank you to our sponsors, supporters, and helpers, the DTRA really is like a family, more fun times to come!

First up is the Pro class, this year we had a full Lincolnshire Podium! And a young one too, Toby Hales in first, Jack Bell second and Jordan Miller third.

Chris Jenner was on the top step of the Sportax Racing Thunderbike class, followed by Jon Bell in second and James Smith in third place.

Freddy Trott made his first appearance on the podium coming first place in the Inters class sponsored by Yamafia, with George Sturgess in second place and young gun Fergus Bluff coming third.

Alan Birtwistle made his comeback, winning the all new Electric class, followed by Joe Banks and Colin McCabe.

In the Sideburn Vintage 4 Stroke class Dave Webb came out on top with Carl Swateridge and Paul Harrison following. And in the Sideburn

Vintage 2 Stroke class Simon Bird was first and Sean Kelly only one point behind in second and Ben Eddings in third place.

In the Biltwell Minibike Mod class Freddy Trott was seen on the top step again, followed by Gary Inman and Jamie Kimber.

We can’t thank all these sponsors enough for massively helping us run the series.

The new Bell Helmets prizes went down a treat!

Words by the DTRA – Images courtesy of Braking Point Images 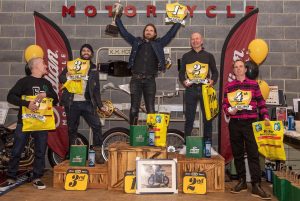 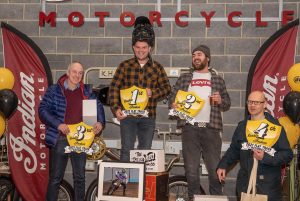 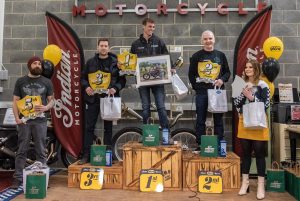 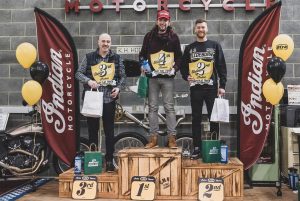 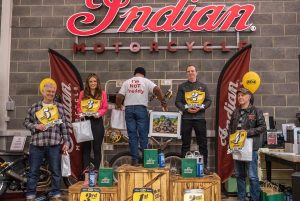